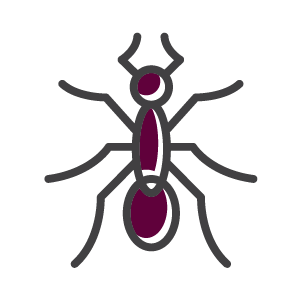 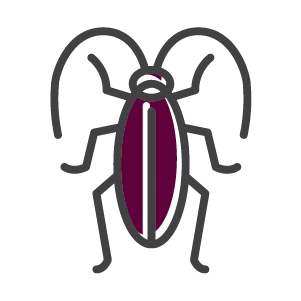 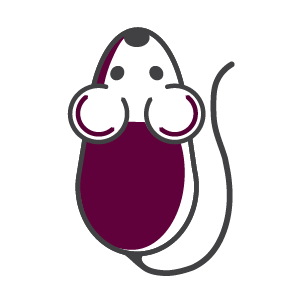 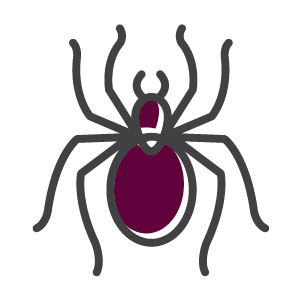 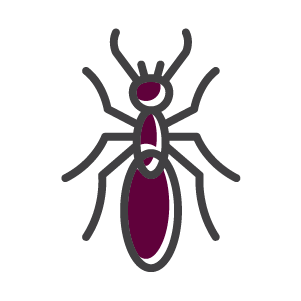 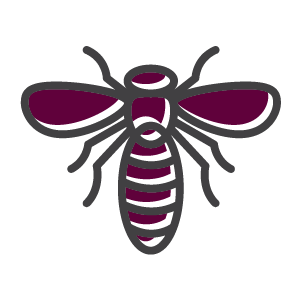 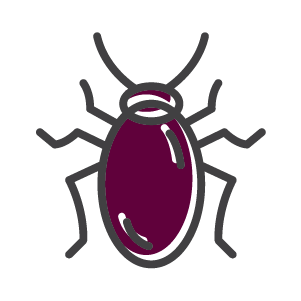 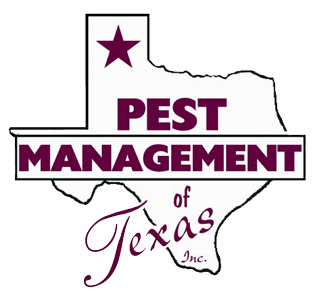 The most effective way to kill spiders in your home is to enlist the help of a spider control professional. Pest Management of Texas, Inc. in Dallas first conducts an inspection of the home. We point out to the homeowner conducive conditions contributing to the spider problem. Next, we perform a service first to the basement areas such as the sill plate using a combination of residual chemicals and dust formulations. Following we treat any other areas of concern in the house usually, garage and crawl spaces, using a crack and crevice treatment. The next treatment is to the exterior of the home focusing on the exterior foundation, perimeter of the home, and all the door and window frames. In the last part of the treatment, Pest Management of Texas, Inc. goes around with our cobweb duster and removes all the spider webs.

How Did I Get Spiders?

Why Is It So Difficult To Get Rid Of Spiders?

More times than none, when homeowners attempt to treat spider infestations on their own and are unsuccessful it is usually because they apply the wrong chemical to the wrong areas of the home. They also risk exposing children and pets to these chemicals by applying them to the wrong areas. It is best to leave this service up to the professionals who have dealt with spider problems for years. We apply a limited amount of products to critical areas, reducing the risk of exposing chemicals to humans and pests. Children and pet safety is first on our list.

What Are The Signs Of A Spider Infestation?

The most common spider in our area are wolf spiders. They are active hunters and construct no webs. They are found in dark humid, damp basements, crawl spaces, and garages. The leg span of wolf spiders can reach up to 3 inches, however, they don't bite, they are just larger and move fast.

How Can I Prevent Spiders From Returning?

Reduce moisture in basements by running dehumidifiers. Reduce moisture in dirt crawl spaces by putting down a vapor barrier of plastic above the dirt. Prune back all bushes and trees from the structure of the home. Keep mulch beds to a minimum of 2 inches in depth. Contact the professionals at Pest Management of Texas, Inc.

Size: 3/8” long
Color: Glossy black with a red hourglass marking the underside of its abdomen.
How to Recognize: The female is much larger and more distinctly marked than the male. Makes a strong, sticky, irregular web in protected areas where prey is likely to wander in a become trapped.
Habitat: Foundations, vents, shrubs, outside seats, trash, and woodpiles at ground level are common habitats.
Behavior: These spiders bite, and their poisonous venom can cause concern especially for small children and the sick or elderly. Medical attention should be sought if bitten.

Size: ¼” to ½”
Color: Brownish
How to Recognize: Has a distinctive violin-shaped mark behind its eyes-sometimes called the “fiddle-backed spider”.
Habitat: Prefers undisturbed areas such as sheds, garages, and dark closets. Garments left hanging for long periods are also favorite spots.
Behavior: Like the black widow, their bite is cause for concern. The bite causes a severe systemic reaction that develops a crust and a surrounding red zone. The crust falls off; leaving a deep crater that may take months to heal. It is advisable to seek medical attention if bitten.

Size: Varies, but they tend to be rather large
Color: Common species have dark gray to black bodies with shiny yellow or silvery-white coloration on the top of the abdomen. The spiny-backed spiders may be orange, red or white.
How to Recognize: Orb weavers are best identified by their webs, which are the stereotypical spider webs seen in so many pictures or on Halloween images They are the spiders so often seen in gardens, where they construct large, circular, symmetrical webs in pathways, on arbors, and in other areas. The webs may be over two or three feet in diameter and may actually be torn down and reconstructed nightly by the spider.
Habitat: They do not inhabit structures, but are such large and obvious spiders in the outdoors that they are attention-getters.
Behavior: Orb weavers are capable of biting humans, but their venom generally is not considered dangerous. There is little need to control these beneficial spiders, as they do not enter structures. If their presence in the garden is unwanted they can be physically removed and killed.

Size: ¾” long with very long, hairy legs
Color: There are several longitudinal dark stripes on the top of the cephalothoraxes and the top of the abdomen exhibits a distinct “herring-bone” pattern of darker, zigzag lines.
How to Recognize: They create wide mats of webbing with a funnel-like hole in it, and the spider waits within this funnel for prey to stumble onto the web mat. The webs may be on vegetation or near the soil, or possibly within structures in undisturbed areas.
Habitat: Outdoors, among overgrown vegetation, in high grass and on piles of lumber or firewood. Indoors, in any area where there is ample clutter to provide a place for their webs. This spider is common in structures in the Pacific Northwest.
Behavior: It is known to bite with little provocation. Its venom is cyto-toxic, and tissue death at the site of the bite will often cause a lingering open wound. They pose a definite human health threat and therefore need to be controlled when found living in structures.

Size: Medium sized, stout spiders with short strong legs.
Color: Often have colorful hairs of red, orange, yellow or white on top of the abdomen. Males may have brilliant iridescent green or blue colored jaws.
How to Recognize: Colorful, active spiders, often found wandering over walls and floors as they hunt for other arthropods that humans consider pests. They move in a stealthy manner both forwards and backwards and can jump up to 20 times their body length to escape a threat.
Habitat: Can be found wherever there are other insects, as this is their food.
Behavior: These are beneficial spiders, and if found indoors should be captured and released outside. Prevention of flies and other insects indoors will reduce their food availability and cleanup of debris outside will reduce potential harborage sites.

Size: The largest spider species, their bodies can measure up to 3” long, with legs up to 6” long.
Color: dark brown, with hair covering their entire body and legs.
How to Recognize: easily recognizable by their size and the long fangs that they use to kill their prey.
Habitat: Nocturnal animals, they burrow under other objects during the daytime. Tarantulas often use rodent burrows.
Behavior: Although intimidating, they are really fairly docile, biting only when they feel personally threatened. Their venom is not particularly dangerous. These are beneficial spiders, which feed on insects, baby rodents, birds, and reptiles.

Size: Varies, with leg spans ranging from ½” to 5”
Color: Gray to brown to dark brown, with several darker stripes running longitudinally on the cephalothoraxes.
How to Recognize: The body region is somewhat pear-shaped, the front part of the body being much narrower than the back, and with the back sitting higher than the front.
Habitat: These spiders only use their silk for lining their nest and covering their eggs. Retreats for the spiders are holes in the soil, under debris on the ground, or within woodpiles. They will enter structures and can be found running across floors or walls as they search for food.
Behavior: Very mobile, very fast, and very aggressive when threatened. They are capable of biting humans, but the venom is not considered dangerous. Smaller species may be able to “run” across the water of a swimming pool, suspended on the surface tension of the water. These are beneficial spiders, whose activity as predators serves a benefit to the landscape. Those found inside should be captured alive and removed to the outside.

We Specialize In All Types Of Business Including: 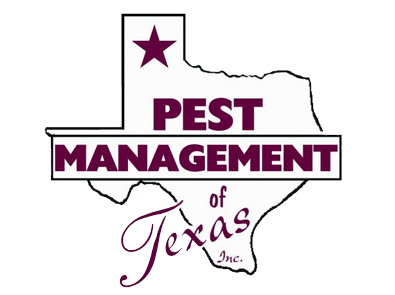